Please contact at This email address is being protected from spambots. You need JavaScript enabled to view it..

We have volunteers on duty 11a.m.-1p.m. Monday to Friday, when agency workers or parcel recipients can collect their parcels.

We do not offer an automatic delivery service, but parcels can be delivered by special arrangement. 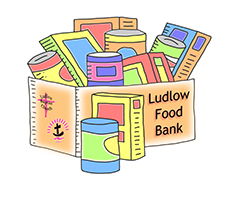 Once again we have to report that we are busier than we have ever been. At the beginning of the year we had a very good amount of funds, so we felt uncomfortable asking for donations or promoting ourselves. Now however we have enough funds to last for approximately 6 months at our current spending level.

We do receive donations from collection boxes in Tesco, Sainsbury and Aldi, and we do have some very generous donations from individuals (many on a monthly basis, and gift aided), and we are extremely grateful to everyone who gives to us.

We do have to go shopping quite regularly to fill our shelves, and to be able to give good food parcels to those who need them. Thank you to all our shoppers who do such a fantastic job.

The following graph shows how demand for food parcels has increased since 2010. The figure for 2022 is for only 6 months. If we carry on as we have been doing this year (and it is likely that numbers will increase), we could very well give out around 800 food parcels in 2022. 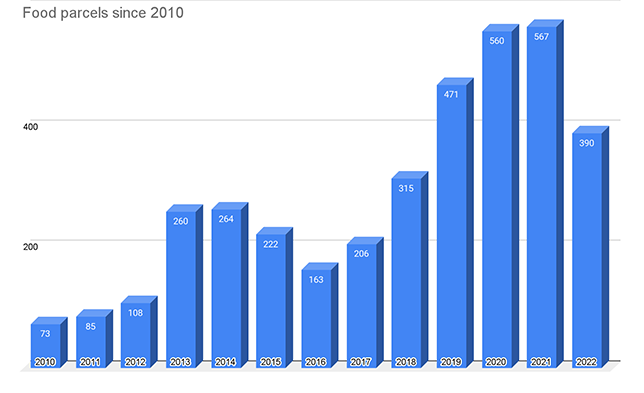 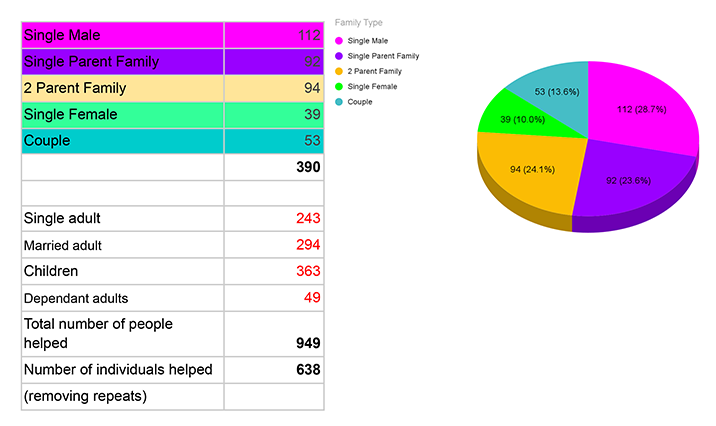 We have seen a recent increase in the number of single men needing our help, but families make up 48% of the people we have helped. There are slightly more 2 parent families who have needed our help (94) than single parent families (92).

When we remove the repeat parcels, we have helped 638 different individuals in and around Ludlow this year. 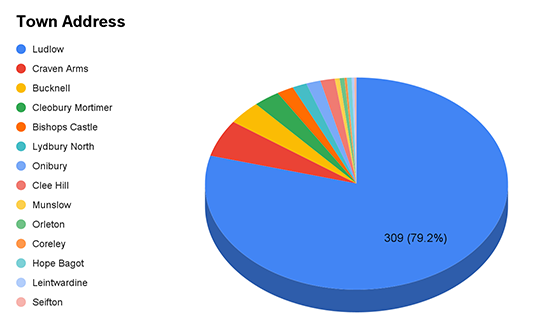 The majority of our food parcels have gone to people living in Ludlow itself (79.2%).

Craven Arms, Cleobury Mortimer, and Bishops Castle do have their own food banks, but they only open one day a week. Sometimes people come to us from those towns as they hit an emergency the day after their local food bank was open. 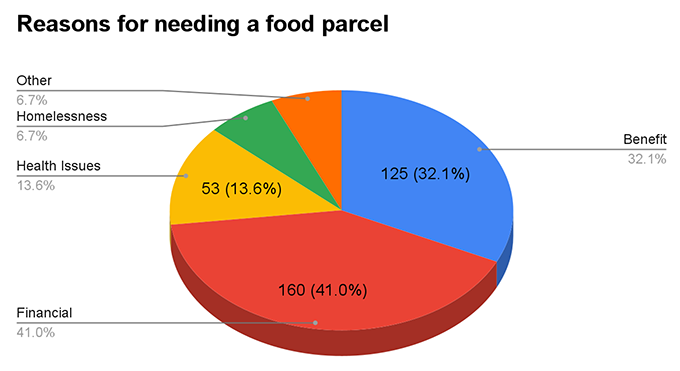 The main reason for needing a food parcel this year has been purely financial. We have seen more people coming to us who work - sometimes both parents work, but they are still in need.

We gave a food parcel to one family recently. The husband was made redundant, the wife was unable to work temporarily because of poor health. They have a 4 year old child. They were hoping that the husband would find another job, but he was struggling to find anything. After a few weeks their washing machine broke down, and there were a few other similar problems. When I spoke to the lady, neither she nor her husband had eaten for 4 days, and they had a small tin of food to give to their child that evening. There was no other food in the house, and no money left in the bank. We were able to give them a food parcel that day, so they were extremely grateful.

Since the end of the pandemic we have seen an increase in homelessness again.

There have been some other specific reasons given which are shown below: 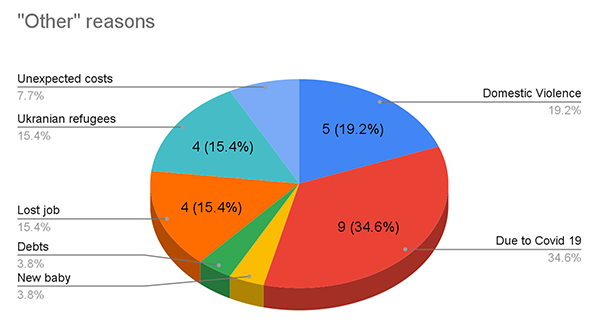 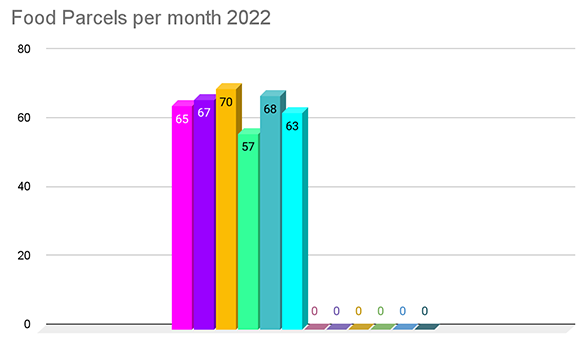 Our volunteers have worked extremely hard this year - a big thank you to each one. 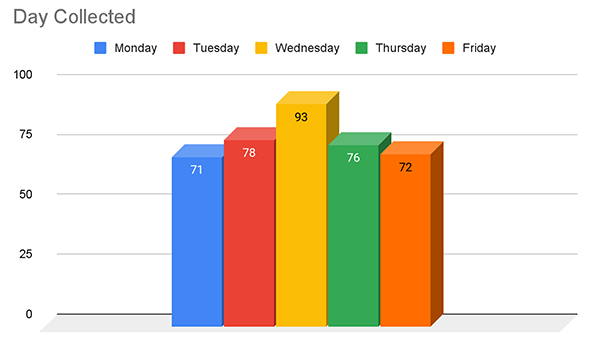 Our busiest day this year has been a Wednesday, so all of our Wednesday volunteers deserve extra thanks. 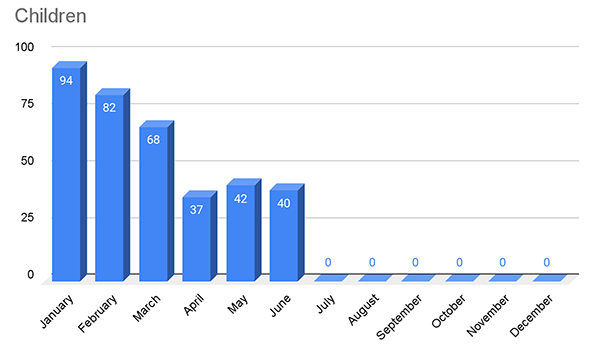 We have helped 363 children this year.
The numbers have reduced in the last 3 months, in line with an increase in the number of single men coming to us.

During the pandemic, we were able to accept self referrals, as many of the agencies were closed, and we were receiving grants and other help. Now however we have returned to a referrals only status.

We have a wonderful team at the food bank, it really is very much a team effort. We now have a brand new Website http://www.ludlowfoodbank.co.uk

This has been set up by one of our volunteers, but does still need to be added to. Thank you Daniel.

We still give out vouchers for local butchers, greengrocers and bakers. Thank you to all the shops who support us in this way. They are gratefully received, and give people a bit more choice and dignity.

Thank you for all the donations of food, money and time that help us to be able to continue this vital work.